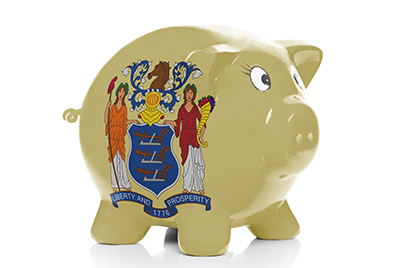 New legislation signed into law on July 1, 2018, made several changes to the New Jersey Gross Income Tax Act at N.J.S.A. 54A:1-1 et seq. as part of New Jersey’s fiscal year 2019 budget. The changes include increases in the New Jersey Earned Income Tax Credit and the property tax deduction, and the addition of a new Child and Dependent Care Credit for resident taxpayers.

The law also increased the income tax rate for income over $5,000,000. More information about the tax rate increase is available in this notice.

These changes affect the returns that taxpayers will file beginning in tax year 2018.

Currently, qualified taxpayers are eligible for a New Jersey EITC equal to 35 percent of their federal earned income credit. The new law increases the percentage as follows:

Qualified homeowners and tenants are eligible for a deduction for property taxes they paid for the calendar year on their New Jersey principal residence. The new law increases the maximum Property Tax deduction from $10,000 to $15,000.

The law creates a new gross income tax credit for eligible resident taxpayers who are allowed a federal credit for expenses they incur for the care of one or more qualifying individuals. A qualifying individual can be a child under age 13 or a spouse or dependent who lived with the taxpayer for more than half the year and is physically or mentally incapable of self-care.

The credit will reduce the amount of New Jersey Gross Income Tax a taxpayer owes, but won’t result in a refund if no taxes are owed. Taxpayers may be able to claim the New Jersey Child and Dependent Care Credit if they:

In addition to the above, the new law also provides for the taxation of certain investment management services, also known as “carried interest.” However, those provisions do not take effect unless and until Connecticut, New York and Massachusetts enact laws which do the same thing. Because those states have not enacted similar laws, and they are not expected to do so in the near future, those provisions remain inactive.