You are here: Home / Uncategorized / Planning Ahead with IRAs

Planning Ahead with IRAs 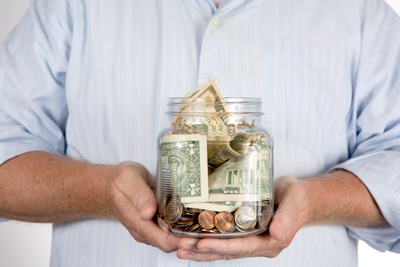 The new tax law that passed at the end of 2017 contains significant changes for many taxpayers, but most rules for retirement accounts were generally unaffected by the legislation. As a result, these accounts remain an important tool for minimizing taxes and securing your financial future. Here’s a review of what’s new, what’s not, and how to make the most of your choices.

One provision of the new tax law that does have an impact on retirement accounts is the end of the chance to “recharacterize” a Roth IRA. With a Roth IRA, you don’t receive a tax deduction for your contributions now, but you also don’t have to pay taxes on withdrawals in retirement. The opposite is true of traditional IRAs: You get a deduction today but owe taxes on account withdrawals later. Some people choose to take funds from a traditional IRA and convert them over into a Roth IRA. Up until now, they were also able to recharacterize the Roth IRA back into a traditional IRA if they chose to do so, often based on a change in financial circumstances, such as a decrease in income or increase in expenses. The new legislation eliminates the recharacterization or “do over” option.

The contribution limit for both traditional and Roth IRAs remains at $5,500 in 2018, the same as it was in 2017. If you’re 50 or over, you can chip in an additional $1,000 catch-up contribution to enhance your retirement savings. Be aware that there are also income limits that may prevent some taxpayers from fully contributing or deducting their contributions to these plans, but the good news is that the limits have gone up in 2018. For traditional IRAs, the amount single filers can deduct will begin to decline (or phase out) if you have modified adjusted gross income of $63,000 or more and you will not be allowed a deduction if you earn $73,000 or more. For married couples filing jointly, the phase out begins if you have a combined MAGI (modified adjusted gross income) of $101,000 and you won’t be able to deduct with a combined MAGI of $121,000 or higher. There are no income limits for single people and married couples filing jointly who are not covered by an employer retirement plan, and there are higher limits for married couples filing jointly when only one spouse has an employer plan. With a Roth IRA, the phase-out range for contributions starts at $120,000 and ends at $135,000 for single people, and begins at $189,000 and ends at $199,000 for married couples filing jointly.

CPAs recommend taking advantage of the chance to contribute to employer retirement plans. For 401(k)s, 403(b)s, 457(b)s and the Federal Thrift Plan, the maximum contribution rose $500 in 2018, to $18,500, with those 50 or over able to save an additional $6,000. If you’re self-employed or run a small business, don’t forget the significant tax advantages and saving opportunities available in retirement plans designed especially for you. They include SIMPLE IRAs, SIMPLE 401(k)s, SEP-IRAs and Solo 401(k)s.